We got up real early, got some coffee at a gas station, filled up the tank and joined the crowd on I94 from Chikago to Detroit. Traveling on an interstate highway means you do not see very much of the land you are passing through and since traffic was heavy I had to concentrate on the road.

We made it for the first bus from the visitor center to the plant.The idea of Henry Ford was to build cars from scratch. So in the Rouge plant steelworks produce steel from ore, a glas plant makes glas from sand etc. From today’s lean production kind of view a real nightmare. But the plant has produced cars ever since and today the F150 is made here. An interesting tour if you forget about the touristy bloatware around it. 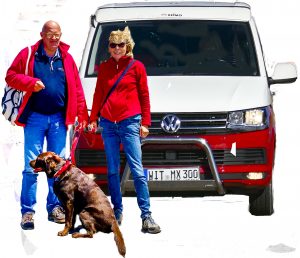